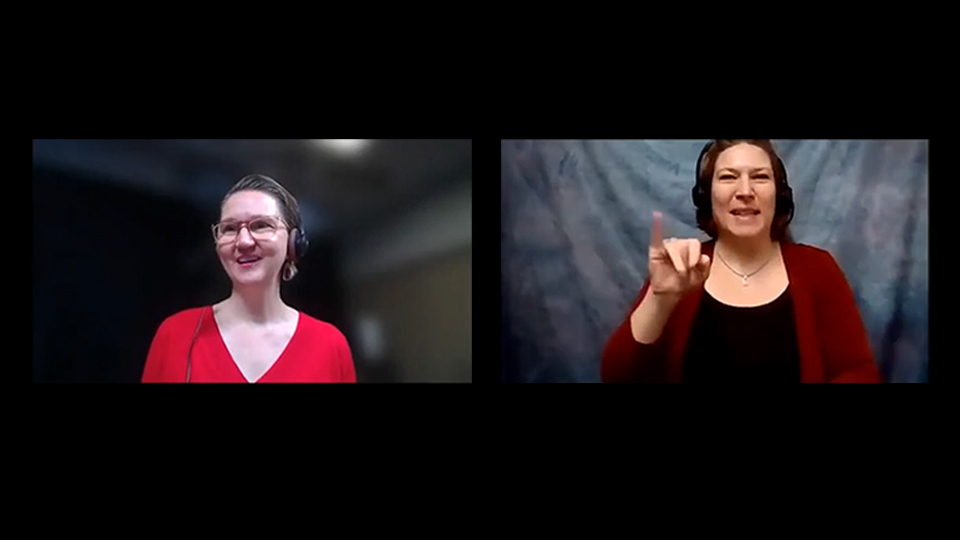 Why is disability often excluded from conversations about equity, social justice, or diversity?

A team from the Institute on Community Integration presented this and other topics at the Disability Justice Workshop Series in two separate forums this month, including one for Minnesota State, the nation’s third-largest system of state colleges and universities. The five-part series engages participants who want to create campuses and other environments that transcend the basic requirements of the Americans with Disabilities Act.

“From the beginning, our Minnesota State liaison agreed that to really understand disability justice you don’t just focus on the details of the ADA,” said Rebecca Dosch Brown (pictured at left), interdisciplinary education director at ICI, who created and led the event after receiving several requests from colleagues who had listened to her speak about ableism in other forums. “The ADA is critical, but it is not going to change people’s minds about seeing people with disabilities as less than.”

Her team first presented the series at Minnesota State, then adapted it for a second workshop for the University of Minnesota’s Global Programs and Strategy Alliance. The series covers disability history, ableism, the intersection of racial and disability justice, practical tools for talking about disability, and creating action steps for building inclusive classrooms, campuses, and communities.

“The series was a wonderful opportunity for our community members to collaboratively explore and address systemic oppression that still impacts disability justice efforts,” said Brock Behling, program director for instructional technology at Minnesota State. “The willingness of the ICI to personalize the series’ curriculum allowed for us to meet the needs of our diverse community, but also provided an opportunity to leverage the unique talents across Minnesota State, while sharing the voices and lived experiences of those who participated.”

He said more than 625 individuals attended the virtual event, and more were expected to download the recorded version.

“We are at a point now in the evolution of disability justice where we can move past the basics and get to a place where we are creating truly inclusive organizations,” said Katrina Simons, a community program specialist at ICI who helped Dosch Brown create and present the series. “It was really exciting to see participants keep coming back week after week to participate in these discussions.”

“Even before we asked for participants’ comments, they were responding during the presentations about how meaningful the sessions were and several commented that they hadn’t thought about disability in this way before,” Ferguson said.

Muna Khalif, an ICI program specialist who works in the TeleOutreach Center at the Masonic Institute for the Developing Brain,

“Combining our team’s expertise in positive behavior supports and health equity with Paul Gorski’s work on racial equity detours helped us create a series that acknowledges both racism and its intersection with disability in substantive ways,” Khalif said. “These detours, such as slowing down diversity initiatives to make a group more comfortable, derail progress and harm those most affected by racism and ableism.”

In feedback from participants, one attendee said the session “provided further proof that we don’t see every disability and that students may not feel comfortable disclosing that they have a disability. Therefore, we need to make these efforts in every class.”

To learn more about bringing the programming to your organization, contact Dosch Brown at dosch018@umn.edu.