Where They Are Now: ICI Reconnects with ADA Fellows 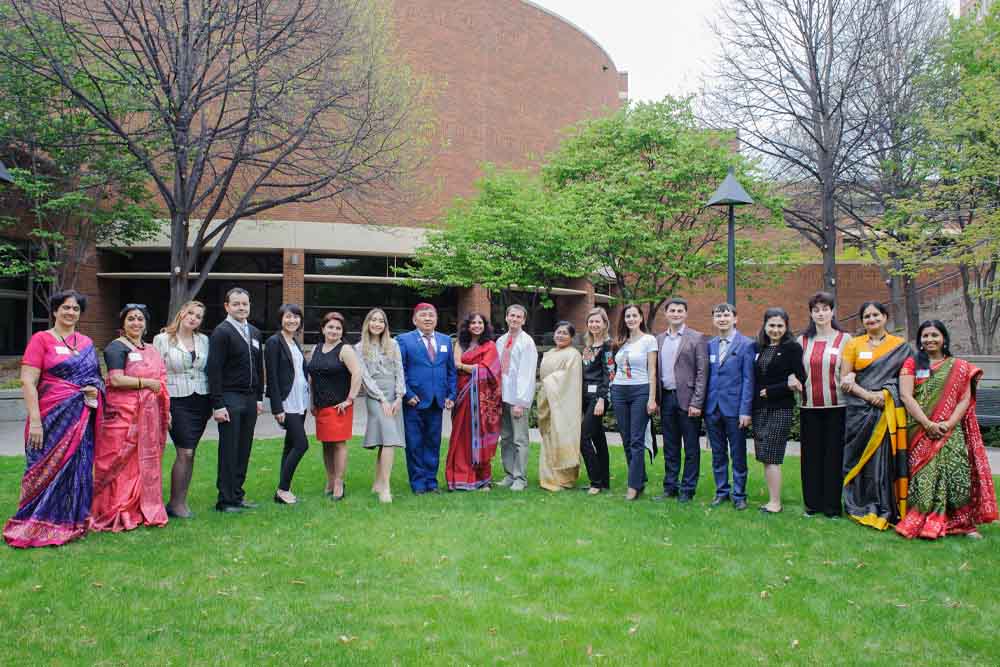 The ADA fellows at the University of Minnesota in 2017.

In 2017, the Institute on Community Integration and the Humphrey School of Public Affairs collaborated with Arizona State University to welcome 28 fellows to the six-week intensive fellowship. The fellows, 20 of whom completed their experiences in Minnesota, observed and formed connections with local organizations working for more inclusive classrooms. The program was led by ICI’s Renáta Tichá and Brian Abery, co-directors of the Global Resource Center for Inclusive Education.

During the fellowship, Arman Assanbayev of Kazakhstan worked with Lionsgate Academy, a Minnesota public charter school that offers a transition program for students ages 18 to 21. Today, he’s working with USAID, the international development agency, to create a transition plan in Kazakhstan that emphasizes practical job skills that lead more quickly to competitive jobs or postsecondary education.

“We are developing a roadmap for policymakers to support youth and facilitate meaningful employment or education,” he said. “For youth here, it’s hard to remain in school without money, so we need to shorten the education process and give students skills that are applicable in the labor market.”

In Ukraine, meanwhile, several fellows continue to pursue inclusive education as the Russian invasion continues. In March, Tichá invited former ADA fellow Sergiy Sydoriv to speak at a live and virtual forum to share experiences and strategies for supporting the people of Ukraine, particularly those with disabilities, during the war. Sydoriv and Valentyna Malanchiy, another ADA fellow, have also been collaborating on a forthcoming issue of Impact that explores global issues in transition from secondary school for people with disabilities.

Following the fellowship, Sydoriv helped form a network of more than 2,000 educators, students, parents, non-governmental agency officials, and government officials, all sharing information on inclusive education. In 2018, legislation in Ukraine formally recognized the rights of students with disabilities for the first time. He then participated in a 2019 U.S. embassy grant supporting inclusive education, where he incorporated learnings from the ADA fellowship, and he also has collaborated on other projects with Abery and Tichá.

“We felt as though we were bringing tools to our country that had been tested and proven,” he said. “The ADA has been around a long time and this made us confident to bring back something that wasn’t just something new to try.”

Now, with war in his country, he is teaching education classes online for students who have internet connections.

“At the beginning of the invasion, some people thought Ukraine wouldn’t last a week, but Ukraine did not collapse. We are fighting. I am in the western part of the country and we aren’t as influenced by the fighting, but it’s not good. We are still holding, and I’ve trained my daughter to take the emergency backpacks to the cellar if the sirens go off. I have colleagues elsewhere who are getting shelled constantly,” he said. “We’ve been teaching online since COVID-19 began, and have gotten better with Zoom, Webex, Google Meet and other tools, but a lot of students have psychological problems from all the stress.”

Malanchiy, who worked with Abery and Tichá on building the educator network following the fellowship, said the partnerships have been invaluable as the country survives not only the changes in education policy but all of the dramatic changes of pandemic and war. She is now a school administrator in the western region of Ukraine and served as a consultant to a new national education platform for students in grades 5 to 11, making suggestions for accessibility for students with disabilities.

“The fellowship changed my career a lot,” she said. “That was the year I went from being a teacher to a vice principal, so my responsibilities changed, and then we had significant education reform in Ukraine.”

She said the number of inclusive schools in her country has grown substantially in the last few years, but because of the war she believes it could be a decade before Ukraine completely rebuilds.

“When the war started, they asked us to reduce teacher salaries as much as possible to save money for the war. And we are trying to preserve computers and other learning materials because we know we won’t be able to replace them.”

Iryna Kutsyna, also of Ukraine, was forced to flee to Poland due to the war.

“We survived all the shelling and lived in occupation for more than a month, and then left the city of Kherson through Crimea, North Ossentia, the Caucasus Mountains, and Georgia, then to Poland,” she wrote in an email. “I now work remotely at the Swedish-Ukrainian Academy. Thanks to grants and the Academy’s resources, we give scholarships to women with disabilities, those who have suffered gender-based violence, or people living in difficult conditions, including refugees and war veterans.”

Asked to think about where things will be five years in the future, she said it is very difficult to know.

“We have lost everything we had gained over the years,” she wrote. “We do not know what will happen to us in a month and where we will be. Now, five years is a long time. I do not think of such things.”

In March, Kamila Rollan was appointed to the Presidential Council for Youth Policy by Erlan Karin, the State Secretary of Kazakhstan.

Rollan is now a third-year PhD student at the University of Cambridge in the United Kingdom.

The appointment came swiftly after a new government was installed in Kazakhstan in January, amid demands for more accountability in government, said Rollan.

“The main functions are advising and informing the president about the issues and needs of youth, providing recommendations for the youth policy agenda, and analyzing the agenda’s implementation,” she said. “It’s a platform for people like me to voice our concerns about the state of affairs for youth.”

In India, Kshama Kakade Kaushik continues to work as a social worker at Rajasthan Mahila Kalyan Mandal Sanstha, a non-governmental organization dedicated to the inclusion of people with disabilities in their communities. She is working on social justice initiatives in rural areas, and recently presented a paper that explores how parents of children with intellectual disability are coping with the COVID-19 pandemic.

In India, Amvalika Senapati is deputy director for advocacy in the Disability Law Unit of Shishu Sarothi, a not-for-profit organization in Guwahati, Assam. She has led a number of public awareness campaigns since the 2017 U.N. Convention of the Rights of Persons with Disabilities. She also led the Accessible India Campaign, a flagship program of the country’s Ministry of Social Justice & Empowerment, and, since 2018, has served as an advisory member for the Assam State Commissioner for Persons with Disabilities, among other roles.

“I have also been associated with Shubha Chandrashekhar, another ADA fellow from New Delhi, who has initiated a certificate course, Inclusion: The Way Forward, in collaboration with ICI,” she said. “The fellowship afforded me a great opportunity to see and learn about new advocacy approaches and deepened my understanding. I see pockets of great work on disability inclusion happening across the country and beyond, but also realize that this is a drop in the ocean. Each one of us is evolving with every new experience and we have all reached different milestones on the road to full inclusion, but I definitely know that we are on the right track, and with time, we will all get there.”