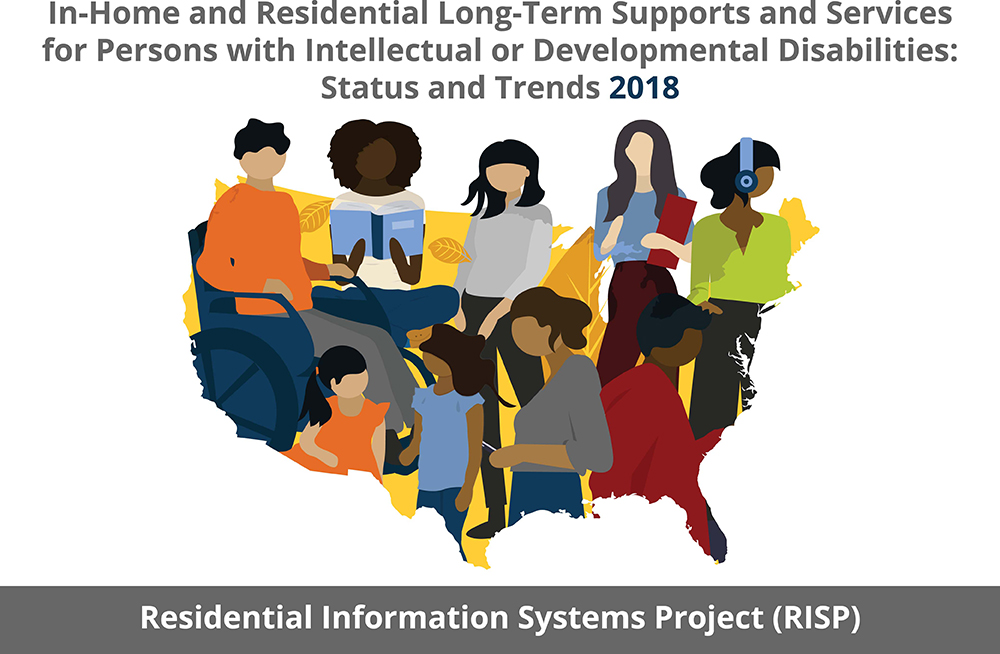 The number of people with intellectual and developmental disabilities (IDD) living in large, state-run institutions could approach zero by 2025, according to a new report for the U.S. Department of Health and Human Services by the University of Minnesota’s Institute on Community Integration. This represents a remarkable decline from the 194,650 people with IDD who lived in those institutions in 1967.

The report, analyzing the living arrangements of people with IDD from 1977 to 2018, also projects that the number of people with IDD living in privately run large institutions could approach zero by 2037, down from 52,718 in 1977.

Since 1981, when Medicaid Home and Community-based Waiver supports first became available, the number and proportion of people with IDD who receive Medicaid-funded services while living at home has grown dramatically, but critical funding and other issues remain.

“Even if all IDD-specific institutions close, tens of thousands of people with IDD will remain in nursing homes, and psychiatric and correctional facilities,” Larson noted, “but the RISP report documents the government-funded resources that now flow to people living in family homes, their own homes, or smaller settings, where quality of life and self-determination are known to be higher.”

Despite increased access to supports, families continue to bear many unreimbursed costs of care. Inadequate funding for Home and Community-Based Services (HCBS) means that families who have resources allocated to them cannot always use the money because they can’t find anyone willing to work at prevailing wages, Larson said.

“Finding and keeping people in direct support professional positions is a huge challenge across all home, community, and institutional settings,” she said. In 2019, the DSP turnover rate was 42.9%.

“In addition, there are still more than 200,000 people with IDD waiting for services, and for those receiving services, the direct support workforce crisis has deepened,” Larson said.

RISP has chronicled the institutionalization and deinstitutionalization of people with IDD and the rise of community-based services across the United States for 45 years, operating in the early years under other names and funding sources. Former University of Minnesota President Robert Bruininks was part of a team that conducted national censuses of residential facilities for people with IDD in 1977 and 1982. The RISP project has reported on HCBS waiver programs since 1982. The project conducts annual surveys of state IDD agencies about the places people with IDD live, and of the remaining state-operated IDD facilities.

The National Association of State Directors of Developmental Disabilities Services (NASDDDS) and the Human Services Research Institute (HSRI) contribute to RISP data collection, product development and dissemination activities. In addition to Larson, the team includes Brittany van der Salm from HSRI, Mary Sowers from NASDDDS, and Sandra Pettingell, Lynda Lahti Anderson, and Jonathan Neidorf from ICI. Charlie Lakin, a former director of the Research and Training Center on Community Living at ICI, was the original director of the RISP project.

Other key data points of the 254-page report include:

The report also notes wide variability in state service structures, leading to large differences among the states in the proportion of LTSS recipients living with family members, and in the number of LTSS recipients with IDD per 100,000 of the state population.

The decline in the proportion of Medicaid spending used for people with IDD reflects the increasing need for services amongst older adults who make up a growing proportion of Americans. People with IDD now live nearly as long as people in the general population. While all school-age children with IDD are entitled to free publicly-funded education, far fewer receive supports once they leave school.

“Many families, particularly in states with limited HCBS waiver services, describe this as falling off the cliff,” Larson said. “This report continues to provide important data that reflects how our country is allocating resources for people with disabilities.”