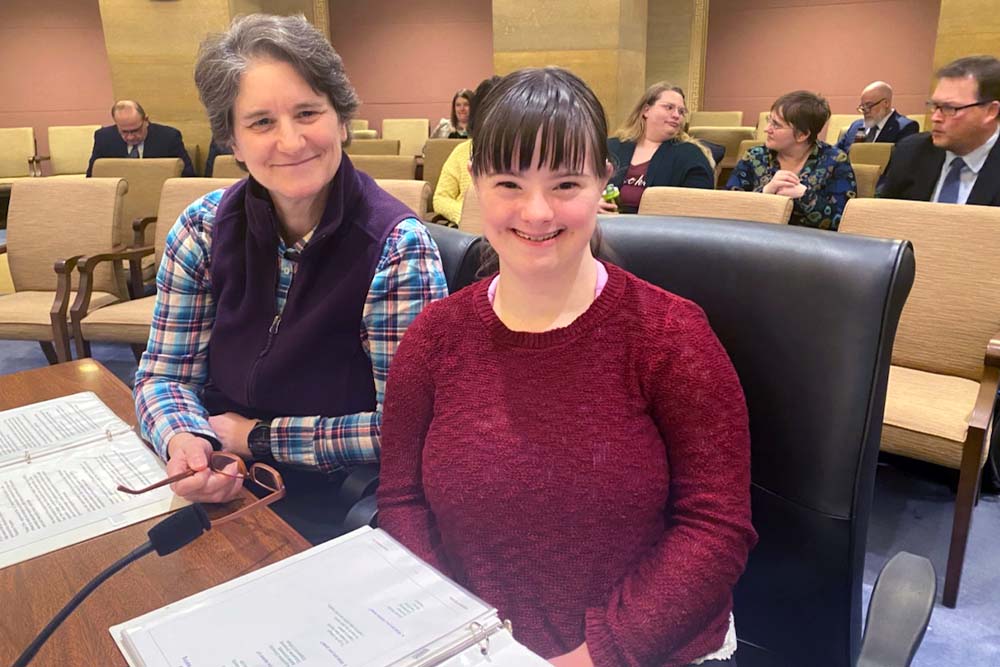 Frustrated by the slow march toward inclusive higher education in their home state, two Minnesota parents of young adults with intellectual disability are creating buzz—and proposed state legislation—aimed at boosting inclusive academic options across the state.

introduced recently, which would provide competitive grants to develop or enhance inclusive higher education initiatives and create a standards framework to ensure colleges and universities offer a high-quality education. Seunghee Lee, an ICI researcher, and parent Liz Hannan are also founding members of the consortium.

The group recently launched a website and a virtual forum addressing ableism and the opportunities of inclusive postsecondary education. Presenters include Sexton and Rebecca Dosch Brown, ICI’s director of interdisciplinary education. The site features higher education resources and will include accessible versions of the group’s learning community events.

“The site provides a foundational home for the consortium and is the result of our efforts to bring key stakeholders together and continue the positive momentum to expand inclusive higher education here in Minnesota,” said Hauff. “I thought back in 2008 (when the Higher Education Opportunity Act became federal law), that everything would be in place for my daughter.” With no inclusive four-year college programs in Minnesota, however, Hauff’s daughter Jean is attending college in another state.

“Jean is 21 and has been ready for college for a couple of years, but there wasn’t a Minnesota college option that was a good fit,” Hauff said. “She’s now attending a four-year certificate program at Duquesne University, but even that has been complicated by the pandemic. We want to help students with disabilities open the doors to higher education here in Minnesota,” Hauff said.

Sexton felt a similar call to become involved after her daughter, Brynn, expressed an interest in a career as an American sign language (ASL) interpreter. “She would like to enroll in college next year, and she wants to earn an ASL certificate, but when you start walking through the process and look at test scores and grade point average requirements, it becomes a barrier. A large portion of students with intellectual disability don’t know that college can be a pathway to a real career, but Brynn has this vision and dream.”

“Those students may have access to college, but not the supports needed to have success in college,” Sexton said. “The consortium’s positive momentum created this website and helped propel the proposed legislation. We’re optimistic about the future of inclusive higher education in Minnesota.”