Using Telemedicine to Help Families When They Need It Most 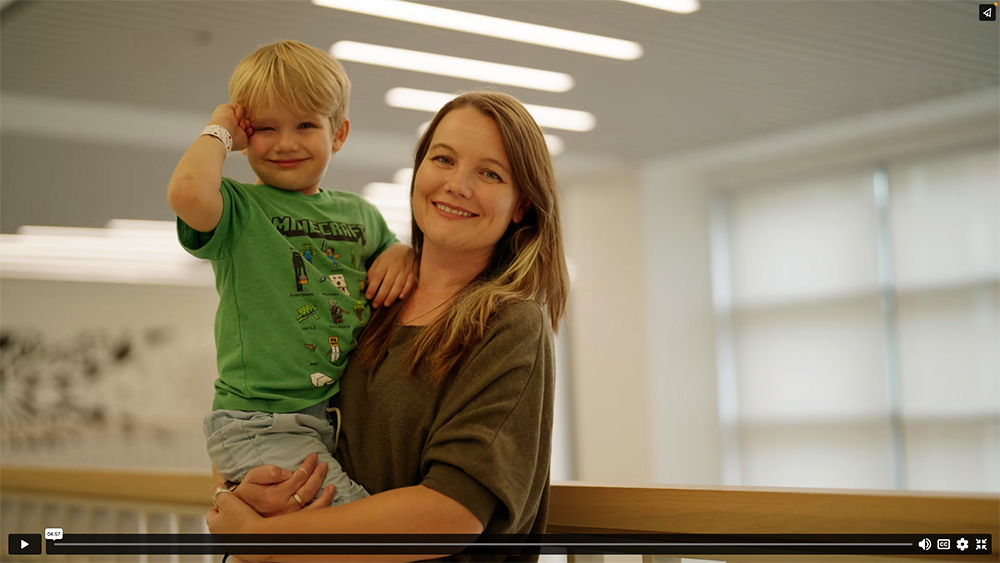 Note: This feature story is part of "Where Discovery Creates Hope”—a monthly series filmed by the Star Tribune. Sponsored by the University of Minnesota Medical School, these articles appear in the newspaper every month. The articles and videos are posted on the Star Tribune website and social media. This article also appeared on the websites of the UMN Medical School

and of ICI’s home, the Masonic Institute for the Developing Brain.

Jessica and her husband Andrew wondered if their son Elias might be autistic.

They also knew that early intervention, while his brain was still developing, was critical to providing him with the support he needed.

Trouble is, the wait list to see a specialist for the neurological disorder can be months and even a year or more long.

Fortunately, the Mendota Heights couple was referred to Bridging Barriers, a telemedicine study from the Institute on Community Integration and the University of Minnesota Medical School's Department of Pediatrics – both part of the Masonic Institute for the Developing Brain.

In just four weeks, they had that critical diagnosis. Even better, they’re getting coaching on how to help their four-year-old son while they climb the wait list.

“Time is neurons,” says Jessica with an ever-watchful eye on her playful boy. “We can’t put our son’s developing brain on pause.”

Agrees Dr. Amy Esler, the study’s lead psychologist: “The brain, at this stage, is so malleable. Making sure kids learn to talk, for example, is much easier when they’re two or three than when they’re ten or 11.”

We’ve Had a Few Kids Start to Speak

The University of Minnesota is famous for its medical breakthroughs. But this is innovation in the delivery of that medicine.

The number of people diagnosed with autism grows. But, for various reasons, the number of providers does not.

It’s especially acute in Minnesota’s rural areas, where specialists of any kind can be hours away.

Telemedicine not only promises to serve more patients, more easily but, at least in one sense, also more effectively.

Video calls invite care professionals into the home where they can see their patients in a more natural – and telling – environment.

Says Dr. Adele Dimian, one of the study’s co-principal investigators and coaches: “What makes my day is seeing a family having fun together reaching a goal.”

Nobody knows autism quite like Dr. Jessica Simacek, the study’s principal investigator.

After a career spent helping kids with special needs, her own son was diagnosed with autism.

Dr. Simacek experienced firsthand what it’s like to be on wait list after wait list, first for a diagnosis, then for therapy and more therapy, all while your child – and you – need help now.

And even though she’s an expert on child development, she realized that she needed help, too, even if it’s just a reassuring voice from time to time.

Dr. Simacek says: “Our goal is no families waiting.”

We Call Him Our Crossfit Baby

Jessica and Andrew had a reason to be extra vigilant with Elias’s development.

There was a complication with his delivery – he went without oxygen for several minutes.

Jessica first noticed something different at just three months when Elias pushed himself up on his hands and knees in a determined effort to crawl.

By age 1, he was not only walking with confidence but running and even climbing.

Still, at regular check-ups, Elias’s tests were normal until about three, when Jessica and Andrew noticed delays, especially in his communication skills and ability to regulate emotions.

Now, with the help of the study’s early intervention, they’re confident that they’re doing everything they can for him.