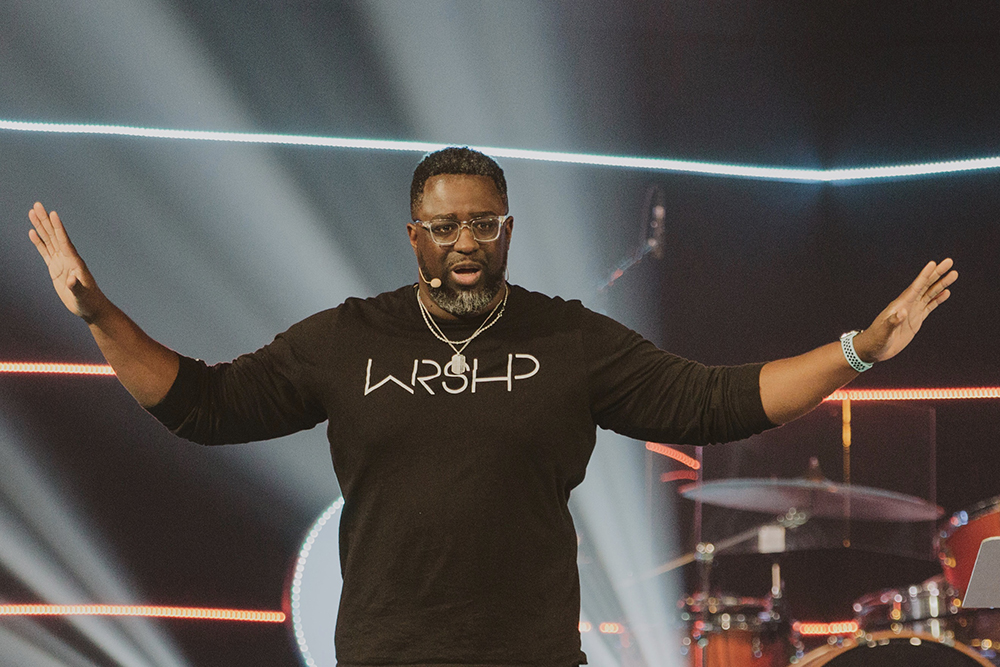 Amid the outrage over the killing of George Floyd and others at the hands of police, discussions about racism – and to some extent its intersectionality with ableism – has filled talk shows, articles, and public debates. But where is the church?

A new discussion series sponsored by the American Association on Intellectual and Developmental Disabilities aims to find out. The webinar series, “Black Lives with IDD and Their Faith Communities: A discussion of the role of church communities in the lives of black and brown people with IDD and their families,” concludes at 2 p.m. Central time on Feb. 2.

The series was sponsored by AAIDD’s Religion and Spirituality Interest Network and co-sponsored by the Institute on Community Integration.

Lamar Hardwick (pictured), lead pastor at Tri Cities Church in East Point, Georgia, and author of the forthcoming book Disability and The Church: A Vision for Diversity and Inclusion, is among the webinar speakers.

“It’s difficult to have a real conversation about racial and ethnic diversity unless you talk about the largest minority group that exists, which is people with disabilities,” said Hardwick, who was diagnosed with autism spectrum disorder at the age of 36. “We know it’s right to say our doors are open to everyone, but we haven’t asked people who aren’t attending church what inclusion looks like to them.”

ICI’s Sarah Hall, currently serving as president of the AAIDD interest network, said organizers were moved by the death of Floyd to pose blunt questions and spur real change in religious organizations.

Herself a sibling of someone with multiple disabilities, Hall shared that her family had to change its church affiliation when her brother was asked not to return to Sunday school.

“We hope this webinar starts a conversation, and that people come away with ideas to try, knowing that they aren’t in this alone,” said Hall.

Deborah Fisher, of Strategic Change Consulting in Washington, D.C., and a member of the AAIDD committee, was the lead organizer of the series.

Other speakers in the series include LaTonya Penny, senior pastor of New Mount Zion Baptist Church in Roxboro, North Carolina, and Luchara Wallace, director of the Lewis Walker Institute for the Study of Race and Ethnic Relations at Western Michigan University. All three speakers will lead a discussion about next steps at the concluding session on Feb. 2. Previous sessions can be viewed here.

To Hardwick, the most important step will be to train future religious leaders in inclusion.

“Nothing happens in a church that’s not important to the pastor,” said Hardwick. “I’d love to see disability inclusion be a part of the core curriculum that pastors are required to take. It should be at the heart of how we are training our leaders. Otherwise, we’ll keep spinning our wheels.”