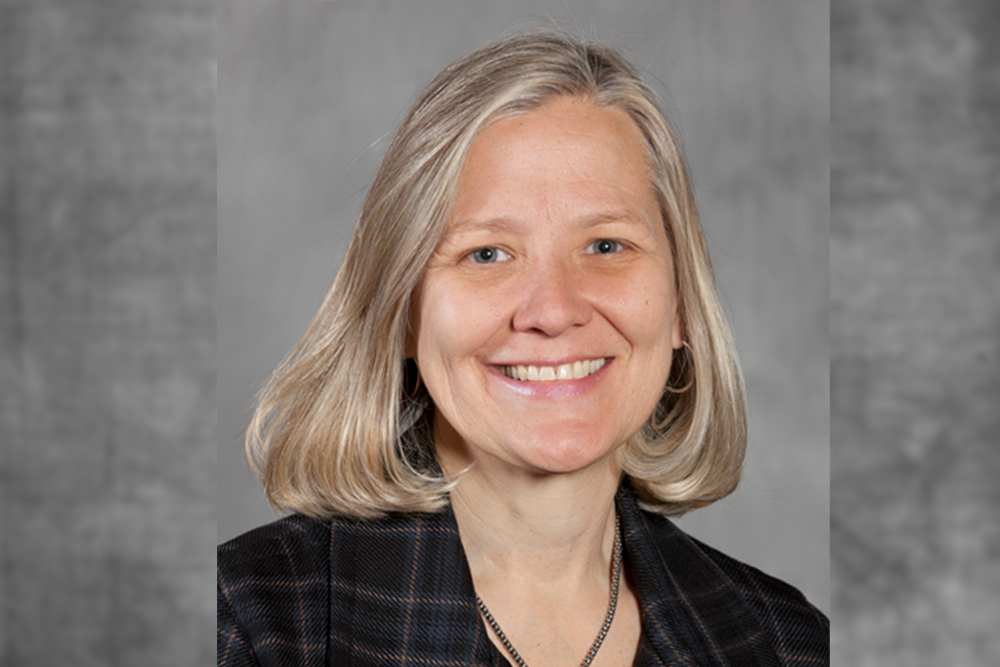 Deep relationship building, tireless policy work, and opening doors for baboons dominate conversations about Beth Fondell, ICI’s outreach and training coordinator who retires this month after more than a decade with the organization and a long career in disability advocacy.

First, of course, to the baboons.

“We were in South Africa for a conference, and we were leaving in these two, tiny cars,” recalls ICI Director Amy Hewitt. “Beth was in the car in front of us with Sherri Larson, Lori Sedlezky, and another friend of mine. Suddenly, hundreds of baboons were coming toward us. One of them gets into the car ahead, sits on Beth’s lap, and starts combing Lori’s hair. We’re busting out laughing in the car behind, then feeling guilty about laughing at them. A few minutes later, the baboon sits in Sherri’s lap and we see Beth calmly reach over and open the door, gently encouraging the baboon to leave, which it does. After we got safely down the road a bit, we pulled over behind them and Beth is sitting there smoking a cigarette. And she doesn’t smoke! To this day when we’re all together, we start crying from laughing so hard about that trip.”

Opening doors, that calm under pressure, and the camaraderie with coworkers, would go on to define some of Fondell’s greatest contributions to ICI, which she joined in 2009, and to the field of disability advocacy, colleagues said.

“Her advocacy is constant and her power of connecting to people has been a gift to ICI,” said Kim Keprios, executive director of Wilderness Inquiry and a member of ICI’s Community Advisory Council. Earlier in their careers, Keprios and Fondell worked together at The Arc Greater Twin Cities.“She opened doors to the community for ICI when she stepped in, and she made sure our organizations (ICI and The Arc) were great partners. We danced together well through the years. She knew her stuff inside and out, but she also grasped the bigger picture: that what really matters is the voice of the people living with disabilities.”

Fondell led the Community Advisory Council, recruiting members and deepening relationships among disability organizations and key partners. Those members include Jesse Bethke Gomez, executive director at Metropolitan Center for Independent Living in St. Paul. Fondell serves on MCIL’s board of directors and will continue to do so after retiring from ICI.

“What’s so extraordinary is the profound knowledge and scholarly context Beth brings to meetings,” Gomez said. “And her relationships go far and wide. She is an amazing leader and her retirement is a milestone not only for Beth, but perhaps also for us. She elevates the aspirational work of ICI in ways that will long be remembered and sadly missed.”

program, now one of the largest awarded by the College of Education and Human Development. It is a requirement of the University of Minnesota’s doctorate program for pediatric nurse practitioners and soon is expected to be a requirement in other programs as well.

Another major contribution was helping develop and working with ICI’s Minnesota Leadership Education in Neurodevelopmental and Related Disabilities (MN-LEND) program. MN-LEND is an interdisciplinary leadership training program spanning more than 16 academic disciplines across the University. Fondell has often brought MN-LEND fellows together with policymakers to further the understanding of the needs of people with disabilities.

Hewitt praised Fondell’s contributions to the MN-LEND program, including her ability to quickly learn fellows’ names and interests and make them feel part of ICI.

“She has a natural gift for relationship building, and puts in the time and energy to nurture key relationships that have moved us forward in advocating for the rights of people with disabilities,” Hewitt said.

Fondell said her MN-LEND experiences are a key career highlight.

“It has been phenomenally rewarding to be part of the evolution of MN-LEND, to see it go from a cohort of eight people to a cohort now of more than 30, to watch it grow in breadth and depth, with fellows coming from very diverse backgrounds,” Fondell said. “I’ve always known that this policy work does not happen in a vacuum, and partnerships are fundamental to effect positive change for people with disabilities. I approach it thinking that I know what I care about, but also figuring out who I need to help me and what do they care about? What are the things that are bigger than both of us? That’s been my strategy in educating policymakers who wield the authority. Not trying to make them care about things they don’t care about.”

ICI’s Barbara Kleist, who has known Fondell since they both started working at The Arc in 1996, said her colleague helped lift the MN-LEND program – along with the reputation of ICI – over the years.

“I suspect a significant portion of our reputation growth is due to Beth,” Kleist said. “She brought a depth to ICI by working collaboratively behind the scenes. Internally, she had a way of asking researchers what our work will really mean for people with disabilities, not to cut off their passion, but to really challenge them to do their best work.”

That urgency to create programs that make a meaningful difference in the lives of people with disabilities was not only professionally important, but also personally.

Fondell is among several ICI staffers who have family members with intellectual or developmental disabilities. Her niece, Eva Reed, serves on the organization’s Self-Advocacy Advisory Committee.

“Since my first visit to a state institution in the late 70's, I knew my career would be focused on the inclusion of people with disabilities in mainstream culture,” Fondell said. “This became extremely personal, however, when Eva came into our family in 2000.  Helping to ensure that she has access to all the opportunities to do what she wants in her life took my commitment to inclusion to another level. When it became personal, love intensified my motivation."

Family relationships also greatly informed her thinking about her retirement. She now provides support to her mother following a stroke earlier this year, and brings her deep experience at ICI to that labor of love.

“In recent years, I’ve become involved in our work building capacity across the state in person-centered practices, which is guided by helping individuals who support people with disabilities to balance what is important to that individual with what is important for that individual,” she said. “For my mom, I need to authentically live into that. What’s important to her now is to be around the people she loves. I’ve been traveling around this state doing trainings and trying to impress on people how valuable this work can be to someone’s quality of life. To not offer that to my own mother would feel like a lack of integrity.”

As colleagues gathered this month to plan her virtual farewell event, a few jokes about her spectacular falls and coffee spills slipped out, but her internal grace was mentioned more.

“She has that naïve grace about her that can just buzz right through an awkward moment,” Hewitt said. “She simply finds her way into important conversations and they often evolved into our most strategic partnerships. We miss her already.”