Coming Together for Ukraine 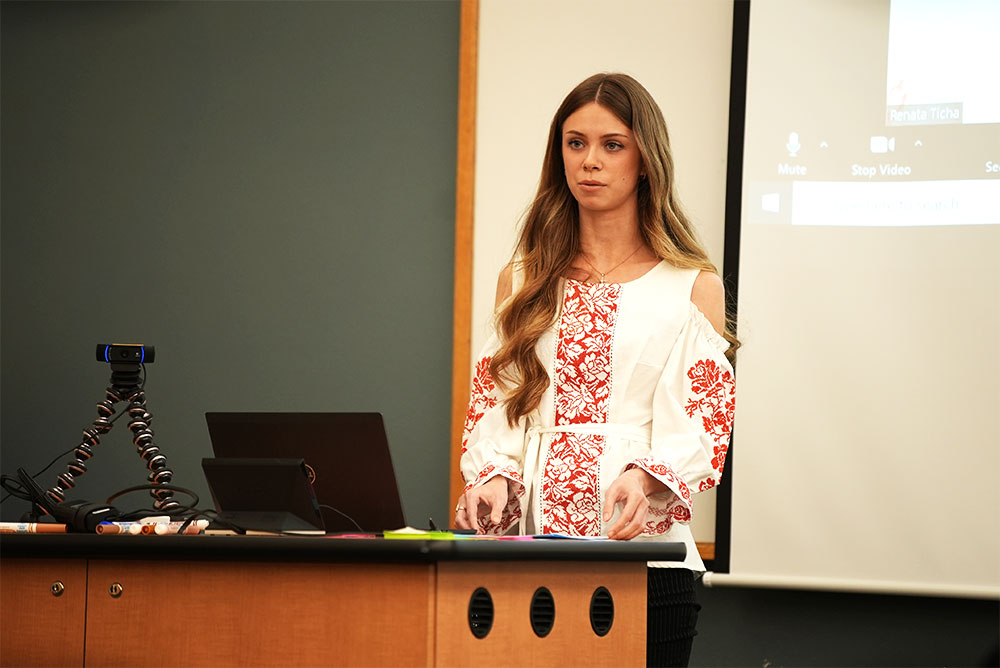 University of Minnesota student Safia Dockter, whose family is from Ukraine, urged the university community to send newly graduated psychology students to help the Ukrainian people recover from the trauma and rebuild their lives.

The Institute’s Renáta Tichá, co-director of the Global Resource Center for Inclusive Education, led a live and virtual event on March 30 dedicated to bringing together faculty, staff, students, and other community members to share strategies for helping Ukrainians survive and rebuild after the February 24 invasion of their country by Russian forces. The event was sponsored by the CEHD Office of International Initiatives, which is directed by Marina Aleixo.

Tichá, originally from the Czech Republic, has done extensive work in Ukraine, along with Brian Abery, co-director of the Center. Their work centers on systemic improvement of programs and policies affecting people with disabilities around the globe.

“It’s difficult to describe what it’s like to do this work of making education and community life more accessible for people with disabilities in the midst of war,” Tichá said, discussing her reasons for creating the event. “Of course, there is trauma they will deal with for a long time to come, and children and adults who didn’t have disabilities before will have them as a result of the invasion. We need to think about how, in chaos, we can move forward.”

Sergiy Sydoriv spoke alongside his 11-year-old daughter, Marta, from their home in Ukraine about the toll the invasion has taken on all people, including those with disabilities. He also shared a video produced by some of his students decrying the violence. Sydoriv, who teaches English to university students specializing in elementary education, was a 2017 ADA Anniversary Inclusive Education Program fellow at ICI. Since that experience, he has been active in promoting inclusion at his university and the region.

“Please support Ukraine,” Sydoriv said. “Together, we are a force. We want to believe peace will come soon. It is important not to lose hope.”

In his presentation, Sydoriv said nearly 800 educational institutions have suffered bombing and shelling, and 75 have been destroyed completely. He shared stories from the organization Inclusion Europe about families of people with disabilities now homeless or unable to provide needed support to their loved ones with disabilities because of the bombing.

Jaroslav Kantůrek, Consul General of the Czech Republic in Chicago, shared updates on the response from neighboring countries. And University of Minnesota student Safia Dockter (pictured above), whose family is from Ukraine, urged the university community to send newly graduated psychology students to help the Ukrainian people recover from the trauma and rebuild their lives. She is developing materials to support children experiencing trauma in Ukraine.

“A child is a child, in any country,” Dockter said. “They deserve a sense of security above all else.”

Following the event, Tichá received several responses from participants, including some who are mobilizing their own efforts to send aid to Ukraine. ICI’s Terri Vandercook connected with another participant to organize an effort to send books to Marta, who has been reading popular children’s stories online

to help connect with and soothe children going through the stresses of war. Another group is raising donations for a school that has now become a refugee center.

“Hearing from Sergiy and Marta filled me with gratitude for knowing them,” one participant wrote after the event. “The video was heart-wrenching and yet demonstrated the perseverance of youth. Hearing from the Czech consulate in Chicago demonstrated the unity of countries there to help however they can. Safia’s sharing was eloquent and showed the strength anger has to move forward the fight to keep Ukraine independent and free.”

Edward Everett Hale (1822-1909), an American author and historian who wrote extensively about war, praised the notion of gathering together in order to make change. 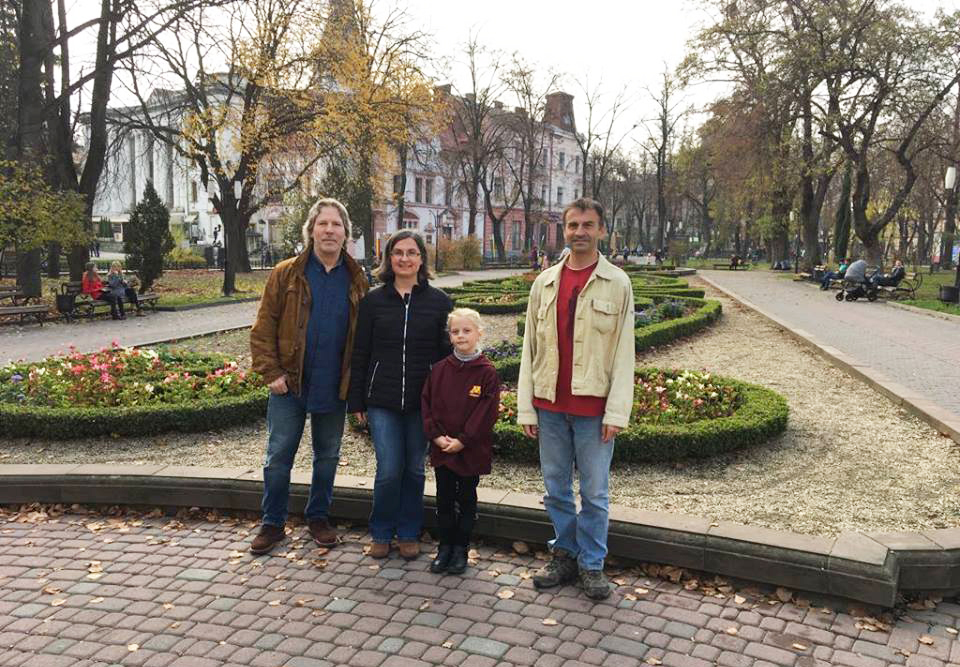 ICI's Brian Abery and Renáta Tichá, along with Marta and Sergiy Sydoriv, in a public park in prewar Ukraine.