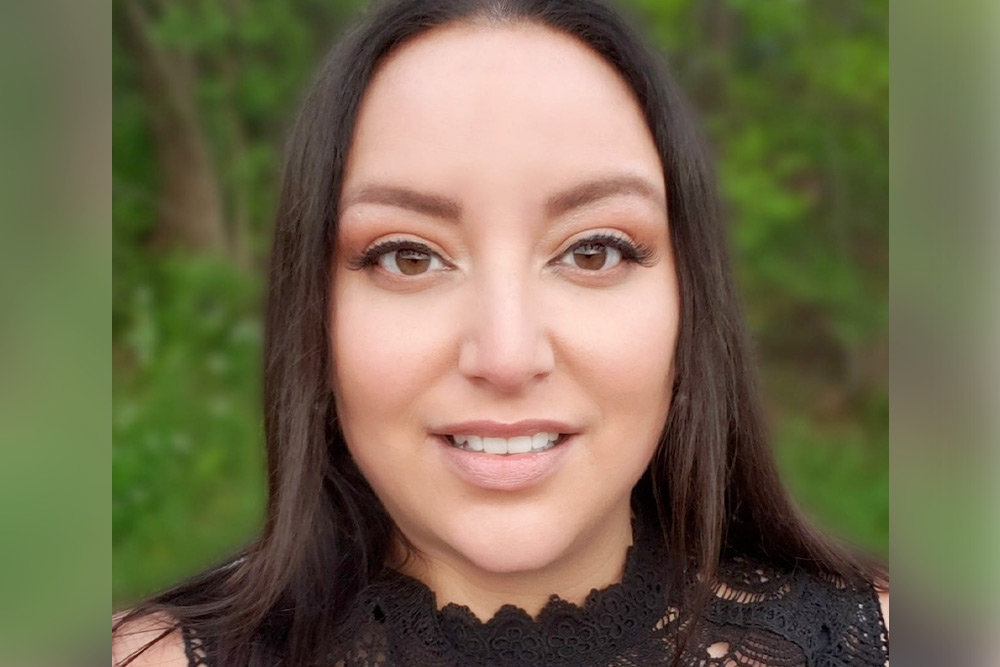 Jules Edwards (pictured) was 32 when she was diagnosed with autism, along with her children. Tom Cox was in his 40s when one of his employees suggested he might look into Asperger syndrome.

Those turning points, they say, led both of them to a deeper understanding of themselves and the world around them. Today, Edwards and Cox are leaders in Minnesota’s autism advocacy community.

And as April brings the annual shower of stories about autism – it is called Autism Awareness Month by some groups and Autism Acceptance Month by others – they are hoping a similar understanding breaks through the messaging.

“We see a lot of negative messaging and portrayals of autistic traits. It’s important to know autistic people are complete human beings,” said Edwards, a current fellow in the Minnesota Leadership Education in Neurodevelopmental and Related Disabilities (MNLEND) program at the University of Minnesota’s Institute on Community Integration. “Autism isn’t good, and it isn’t bad. It just is.”

Sometimes, the messaging that comes across centers on the medical notion of prevention.

“Preventing autism is like preventing tall people. Please don’t do that,” said Cox, who serves as a board member for the Autism Society of Minnesota. He is collaborating with the Institute on a research project aimed at understanding how autism can affect a variety of physical health and well-being measures. Cox, who is gay, is advising a proposed project to explore sexual education and health in the lesbian, gay, bisexual, transgender, queer/questioning, intersex, asexual/ally, and other (LGBTQIA+) community.

MNLEND fellow Quinn Oteman has created a year-long project to interview a group of 12 to 15 adults who are in both the autistic and LGBTQIA+ communities about their sexual health and education experiences, and report on the findings. If approved, the work will become part of a multidisciplinary research network, led by the University of California, Los Angeles, under a grant from the Health Resources & Services Administration.

ICI is part of the network, called the Autism Intervention Research Network on Physical Health, which is studying healthcare access and quality, primary care utilization, stress, sleep, substance abuse, sexual health, neurological and other issues that intersect with autism.

“I was curious whether mental health practitioners are prepared for the wave of autistic children who are now becoming adults,” said Lee, a post-doctoral associate in ICI’s Advanced Rehabilitation Research Training Community Living and Participation project.

ICI’s Lynda Lahti Anderson and Jennifer Hall-Lande, investigators on the UCLA-led grant, are advising Oteman and Lee on the proposed studies.

Edwards, meanwhile, is creating a short series of podcasts for the University of Minnesota’s Center for Advanced Studies in Child Welfare (CASCW) that inform social workers about autism perceptions in the Indigenous community and how that impacts the child welfare system. The podcasts are part of her MNLEND fellowship.

Race and autism have played significant roles in Edwards’ journey as an Indigenous autistic parent raising multi-racial autistic children. A volunteer with several autism advocacy organizations around the state, she is also a co-founder of a new organization, the Minnesota Autistic Alliance, that will fund advocacy work and support that is done by autistic people themselves.

For Cox, a computer scientist by training who also co-owned a restaurant for several years, receiving the autism diagnosis at mid-life and doing advocacy work as an adult has been illuminating.

“It was a framework for understanding myself,” he said. “For a long time, I didn’t have the tools to manage in a competitive work environment without extreme difficulty.”

Having now spent time working on social and communication skills, largely through his advocacy volunteer work, Cox said he hopes to return to the workplace.

“I boiled it down to a list of why companies should hire more autistic workers. If you need someone to charge down that rabbit hole for an answer, we often have unusual strengths in that area. If you need to break a problem down into small pieces, autistic people will often have that ability. We are typically independent thinkers. And we are extremely loyal,” he said.

Of course, all individuals have unique talents, he said, which is something to remember in April, and beyond.

“I believe we are a fundamental and intrinsic part of humanity,” he said. “It’s like biodiversity. Think of a forest and all the different types of trees we need. The same is true for humans. The variety of cognitive styles helps us thrive as a species.”