All Means All: The Unfinished Business of IDEA 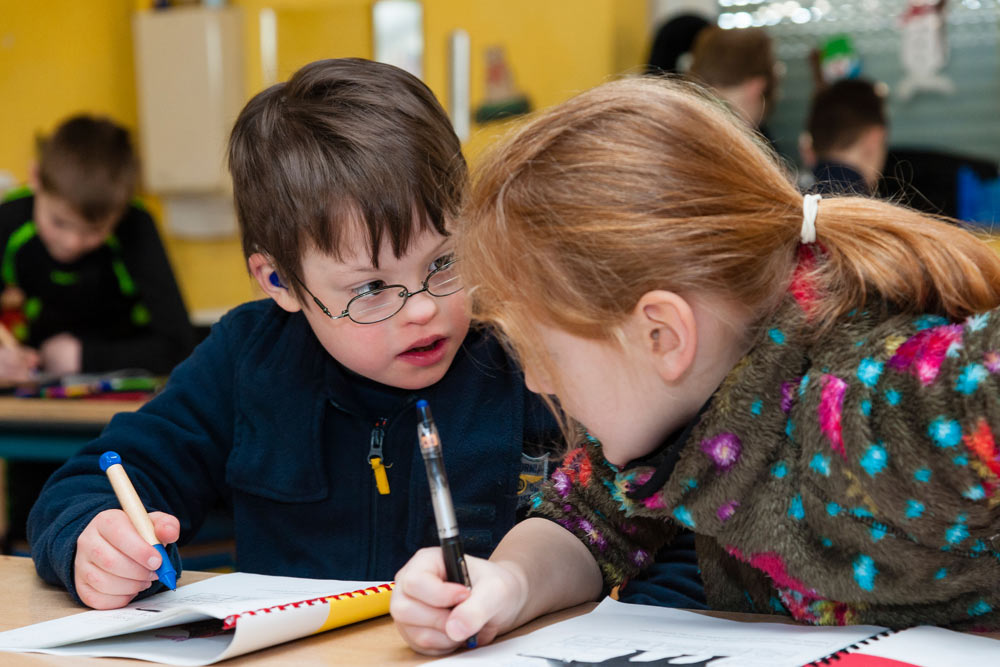 While there is much to celebrate as we mark the 45th anniversary of the Individuals with Disabilities Education Act in 2020, there remains a persistent hole. To be sure, IDEA has progressively opened the nation’s classrooms to millions of students with disabilities since 1975. While we celebrate that progress, however, we must point out that the exception to the story continues to be those students with the most significant cognitive disabilities.

As Harold Kleinert, director emeritus of the Human Development Institute at University of Kentucky, wrote in Impact magazine last year, U.S. Education Department data from 2015 show 63 percent of all students with disabilities were placed predominantly in general education classrooms, while just 3 percent of students with significant cognitive disabilities participating in alternative educational assessments were served in general education classrooms at least 80 percent of the time.

There are many reasons why. One is a maddening catch-22. People who haven’t had the experience of being in a relationship with people with significant cognitive disabilities often can’t envision how people with such challenges could meaningfully benefit and contribute to their school and wider community. And lacking those opportunities, people with significant cognitive disabilities can’t gain the skills and relationships that would make them successful in that community.

Another reason is on us. When advocacy related to including students with more extensive support needs first began, we wanted to get students in the door so badly that we just said to schools, “Don’t worry so much about the academics, let’s focus on social and communication skills and the expansion of relationships.” But that message had unintended negative consequences—the lowering of academic expectations and opportunities. We know now that all students need to be part of their school community for both academic and social-emotional reasons, so they can learn and struggle and gain skills and knowledge that will help them succeed in their adult lives. The research is clear that students with disabilities do better in inclusive classrooms, and studies have shown that students without disabilities also benefit from inclusivity.

Another thing we did as a field was to focus on one student at a time, hoping that by repeating success stories, it would be easy to scale up within a district or nationwide. There were many success stories of individual students and even teams of educators who made real progress, but it wasn’t enough to change the structures that would truly support the learning of all students in inclusive settings. And as pressures to perform on standards-based assessments grew, the commitment to keep students with disabilities in inclusive classrooms lessened, as did understanding why that is important.

At its core, the TIES Center promotes creative ways to think systemically about changing not just mindsets about disability, but the actual structures that can be put in place to support the learning of every child who walks or wheels in the front door. We keep the academic bar high by intervening at the school, district, and state levels to make sure that when students with significant cognitive disabilities make progress one year with an excellent general education teacher and supportive special educators that they enter the next grade level with a teaching team of general and special educators who are also highly capable of creating effective, inclusive classrooms for all.

In Washington and Maryland, we’re implementing intensive technical assistance programs that involve high-level policy and planning by state, district, and school-level personnel committed to inclusive classrooms. We’re also making room for nimble, just-in-time problem solving. In one state, a principal recently asked for an inclusion help desk, where any teacher could come for quick help with a challenge, whether it’s reducing barriers for a certain academic concept or a question about resources that could be used in better ways. We’ve now created that help desk and staff it with people from TIES, our partner organizations, and from the school district, and it has led to some great conversations. A general education teacher recently told us she took the ideas back to her classroom the next day and they are working in support of more effective learning for all students in her class.

Another area of promise is coming from outside the field of disabilities. Many schools are implementing universal design for learning concepts and tiered systems of support. Those are ideas that make sense for every single student. Ask your school officials how they are implementing universal design and tiered systems of support to include students with significant cognitive disabilities.

We’re working with a wide variety of other partners on tools that make grade-level content standards accessible to all students, as the law requires. These students may also need support in learning other essential skills in areas such as communication, social interaction, organization, self-advocacy, and technology, but those areas alone are insufficient and don’t open up post-secondary opportunities that many could achieve with rigorous academic education.

IDEA’s promise to our country’s students with disabilities was that all of them will benefit from an education where we set the bar high and strive to reach it. On the 45th anniversary of IDEA, let’s commit to ensuring that all really means all, including those students who have significant cognitive disabilities. While we’ve come a long way since 1975, there is still a large research-to-practice gap to fulfill this promise for all students.

Terri Vandercook, Ph.D., is assistant director and Gail Ghere, Ph.D., is a research associate for the TIES Center. The TIES Center is the national technical assistance center on inclusive practices and policies for students with significant cognitive disabilities. It focuses on increasing the time, instructional effectiveness, engagement, and state support for inclusive practices.