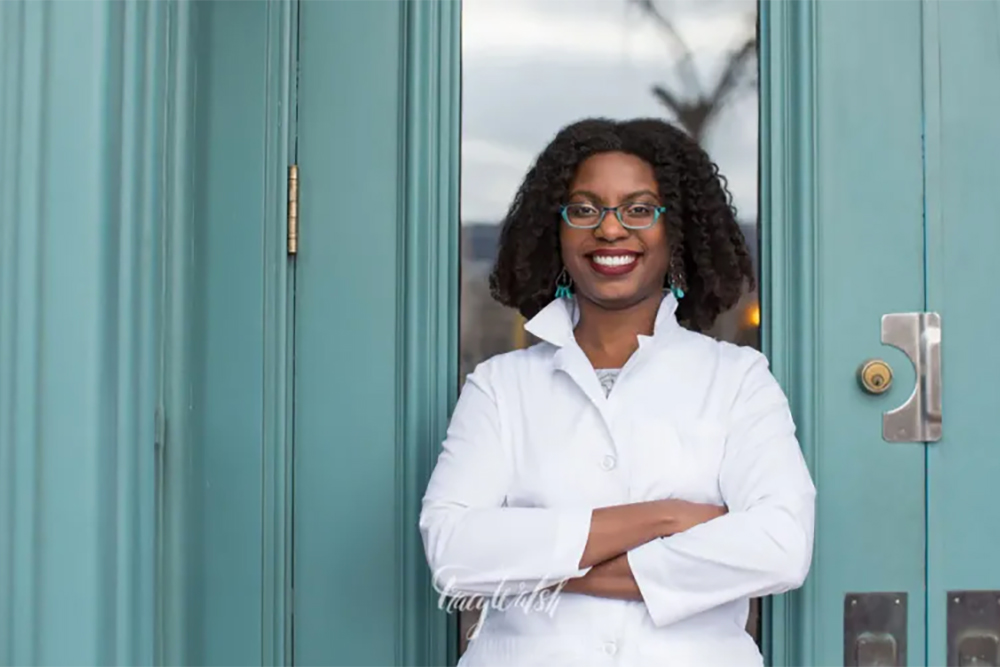 Kimberly Anderson was one of several MN-LEND fellows to meet online ​this month with members of Minnesota’s congressional delegation. She urged policymakers to understand the role of DSPs on healthcare teams and the critical need to increase their wages.

Better pay for direct support professionals, more post-secondary educational opportunities for young adults with disabilities, and continuing funding for interdisciplinary programs that promote the inclusion of people with intellectual and developmental disabilities (IDD) were among issues on the table as a group of fellows from ICI met this month with members of Minnesota’s congressional delegation.

“The demand for quality higher education options for people with IDD is growing, but the supply is limited,” Sally Sexton, a fellow in ICI’s MN-LEND program, told policymakers. “Minnesota has approximately 2,000 students with an intellectual or developmental disability who complete 12th grade each year. The three Minnesota options available currently have the capacity to enroll only 90 students.”

Sexton, who also is the mother of a high-school junior with disabilities, is working on a project through the LEND fellowship to expand post-secondary options in Minnesota. After initially planning to just watch and learn during the virtual event, Sexton said she was inspired to advocate for appropriations support for the Office of Postsecondary Education’s Transition and Postsecondary Programs for Students with Intellectual Disabilities Model Demonstrations and the TPSID National Coordinating Center.

“Inclusion has positively influenced my daughter and the goals she has for herself and her future, which is why we started to look for pathways to inclusive postsecondary education and we found very few,” she said after the event. “Our project is just getting started, but if you look across the country at all the colleges that are making this happen, as well as the outcomes for students who attend, you would understand my reason for being passionate about this work.”

Another MN-LEND fellow, Kimberly Anderson, urged policymakers to understand the role of DSPs on healthcare teams and the critical need to increase their wages.

“I was encouraged that many of our legislators not only acknowledged the need for livable wages for DSPs, but have first-hand experience with IDD and neurodevelopmental disabilities in their own families,” said Anderson, an occupational therapist and co-chair of the Health Equity Special Interest Group for the Minnesota Occupational Therapy Association.

Joshua Chapman, a pediatrician and internal medicine physician participating in the LEND program as part of a fellowship in developmental behavioral pediatrics, spoke to policymakers about the value of LEND programs.

“Before joining LEND, I probably would have avoided an opportunity like this,” he said following the visit. “Through LEND, I am more aware of my own privilege and representation within systems, which affords me the option of disengaging with politics. That is a choice some communities may not have. These visits were an opportunity to be an ally, and amplify others’ voices about important programs to our representatives in government.”