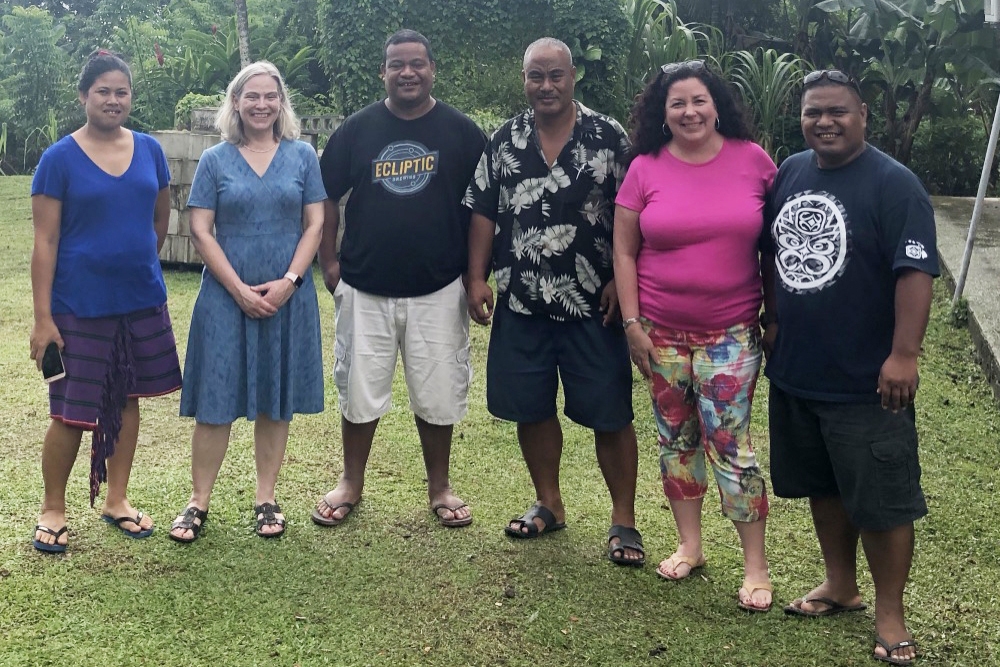 It started 30 years ago with the simple idea that caring mentors, equipped with the right data, could inspire more students to stay in school.

Rather than focusing solely on the truancy system, they would spend time talking about a student’s future, self-regulatory abilities, and perceptions about the relevance of education. Time would still be spent on behavioral issues and class attendance, but also on whether the student had strong relationships in and outside of school, and a sense of belonging.

Introduced in 1990 to combat the unemployment, incarceration, and dependence on social programs that often follow someone who leaves school without graduating, the Institute on Community Integration’s Check & Connect program has now been implemented in 48 states and several foreign countries. Numerous third-party evaluations have demonstrated the program’s effectiveness, and it is being adapted in a variety of new formats, including in a web-based app that frees mentors from paper-based forms.

“Check & Connect has been a lifeline for thousands of students who might otherwise have dropped out of school,” said Eileen Klemm (pictured second from left, in Micronesia in 2018), program director for Check & Connect. “We know the model we started in many schools continues to be used today, long after our training has ended.”

Before joining ICI, Klemm was a special education compliance specialist with the Minnesota Department of Education and was a speech-language pathologist in urban and suburban public schools. She now oversees implementation of two statewide Check & Connect programs, in Minnesota and Florida, as well as expanded applications of the model, including the web-based app and customized training for specific populations of students in the United States and abroad.

At its core, Check & Connect builds a trusting relationship between a student and a trained, consistent mentor. Systematically monitoring attendance, behavior, and grades, the mentor goes beyond the numbers, spending time engaging with the student. The resulting relationship creates a more dedicated student who is less likely to drop out, and a responsible adult who will both inspire and advocate for the student.

As part of a grant from the Minnesota Department of Education to boost graduation rates among Black and Native American students, for example, Duluth Public Schools has implemented the program for the last several years and has seen strong results, said Sarah Laulunen, the district’s Check & Connect coordinator.

Last year, 11 of the 13 seniors in the program, 85 percent, graduated. That compares to overall graduation rates of about 43 percent among all students in special education programs in 2017. Overall, about 45 students are currently involved in the program, but the district is in the process of expanding that number.

“We got started in this program because graduation rates and school suspension rates were not where we wanted them to be,” said Jason Crane, the district’s special education director. “It’s been a powerful process to be a part of and it led us to use this implementation model in other initiatives of the district.”

“The district was intentional about implementation,” she said. “It wasn’t a case of picking up and running with something and adjusting on the fly. They put the right people in the right positions to make sure it was done correctly.”

In South Africa, meanwhile, one of several countries adapting the program to fit their schools’ needs, the Masibumbane Development Organisation has been holding virtual mentoring sessions with middle school students in the port city of East London. Since the beginning of the pandemic, they’ve been working with distance-learning tools as part of South Africa’s Zero Dropout Campaign, an effort to halve the country’s dropout rate by 2030.

The Check & Connect program’s roots date back to 1989, when ICI’s Sandra Christenson and Martha Thurlow, along with former University of Minnesota President Robert Bruininks, applied for a U.S. Department of Education grant to develop, evaluate, and refine a dropout prevention program for 200 middle school students with learning and behavioral disabilities. Subsequent grants, partnerships, and product sales have enabled budget-impaired schools to take advantage of C&C over the years.

The original five-year grant, begun in 1990, allowed ICI investigators the time to interview students and educators about what worked and what didn’t work in dropout prevention efforts, developing a model that combined mentors’ attention to academic and behavioral goals, as well as to students’ self-regulatory and educational relevance perceptions and their relationships inside and outside of school.

“We wanted kids to feel like they belong and that there is always a niche for them at school,” said Christenson, now a University of Minnesota professor emeritus. “We collaborated across practice and theory to create a relationship-based, systemic approach to keeping marginalized students engaged that involves students themselves, parents, the school, and the broader community. That powerful combination remains at the core of the program today.”

What has changed, in response to both technology advances and needs, is accessibility and ease of implementation.

“The risk factors for students in 1995 were not the same as they are today, and there has been an erosion of some resources in schools,” said Christenson. "Check & Connect remains relevant because it is dynamic, adapting to students and to their needs today."

A self-paced online training option for school officials implementing the program was rolled out this year, and a virtual option for mentor training is expected to be launched shortly.

The program’s new training formats, as well as its move in recent years to make training services and materials available to schools for direct purchase instead of having to go through time-consuming grant processes, have all helped with accessibility, Klemm said.

And in this year of distance-learning and the disruption of COVID-19, she said, the program is using Slack and other channels to link Check & Connect communities for sharing mentoring ideas and best practices.

“It’s been an extraordinary experience to guide this program, hearing from principals and educators who say their school cultures have changed because of how they have taken the perspective of students and families through Check & Connect,” Klemm said. “We very much look forward to the next 30 years.”