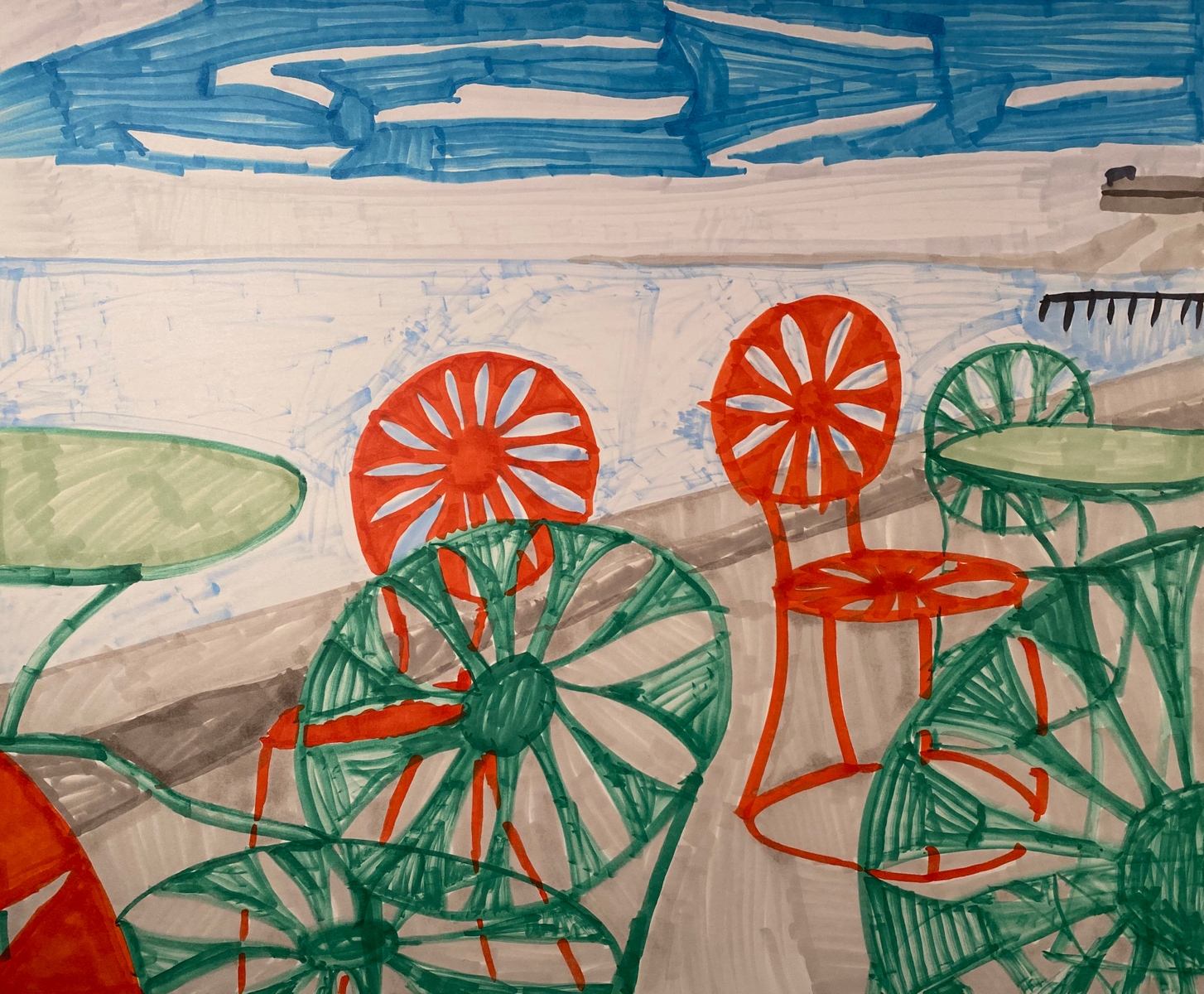 Sheryl and David Evelo, along with ICI’s Nicholas Fernholz, will introduce a virtual art show on Nov. 1 hosted by the Plymouth Congregational Church in Minneapolis. It runs through December.

Art for All: The Stephanie Evelo Fund for Art Inclusion will feature works by five individual artists with disabilities and a cooperative of Bhutanese Artists from the Draktsho Vocational Training Centre for Special Children and Youth from the country of Bhutan. During the Nov. 1 forum, Fernholz will talk about the Evelo Fund, the artists, and their contributed work. The Evelos will tell their story of creating Art for All, in partnership with ICI, to honor the memory of their daughter Stephanie (1969–2012), a gifted artist who worked at the Institute.

Among the featured artists is Devin Wildes, a 22-year-old Stillwater man with autism who has won several art awards and spoken to groups about his art. PBS featured his work.

Wildes has been with Interact Center, a St. Paul organization for performing and visual artists with disabilities, for the last four years. When Interact closed its physical space due to the pandemic, moving to online programming, Devin needed inspiration to work from home.

“He loved going to that art center,” said Devin’s mother, A.J. Paron-Wildes. “It was his passion, and my fear was, ‘What is he going to do to keep busy?’”

Devin had previously created artwork from photos of the Burning Man festival he received from a friend, so A.J. put the word out to Devin’s family, friends, and followers on social media that he wanted photographs to turn into works of art.

The community delivered, and Devin has since created dozens of works using high-quality markers and paper. Among them: Wisconsin Union, from a photo of empty café chairs (pictured), a nod to the pandemic’s effect on everyday life; Lois’ Heavenly Sunrise, from a photo taken the morning a dear friend passed away; and several landscapes. In addition to his pieces selected for the show, viewers will be able to link directly to all of Devin’s works during the pandemic. Originals and digital copies are available for purchase, with proceeds benefitting Interact.

“It’s just amazing, his sense of color and design and the abstract quality. He does a wonderful job of executing his work,” Sheryl said.

“Their art is so honest, with a great sense of design and color,” said David Evelo. “Sometimes people think that if the artist has a disability it won’t be well-executed, but that’s not at all the case. It points out that people simply have different abilities.”

The Evelos recalled their own daughter’s love of art, but also the power that art gave her.

“She was so thrilled to see us understand how meaningful it was to her,” Sheryl said. “When she had her own exhibit at Pattee Hall on the University of Minnesota’s campus, it became an important part of her life to think about herself as an artist.”