An Evening for Inclusion 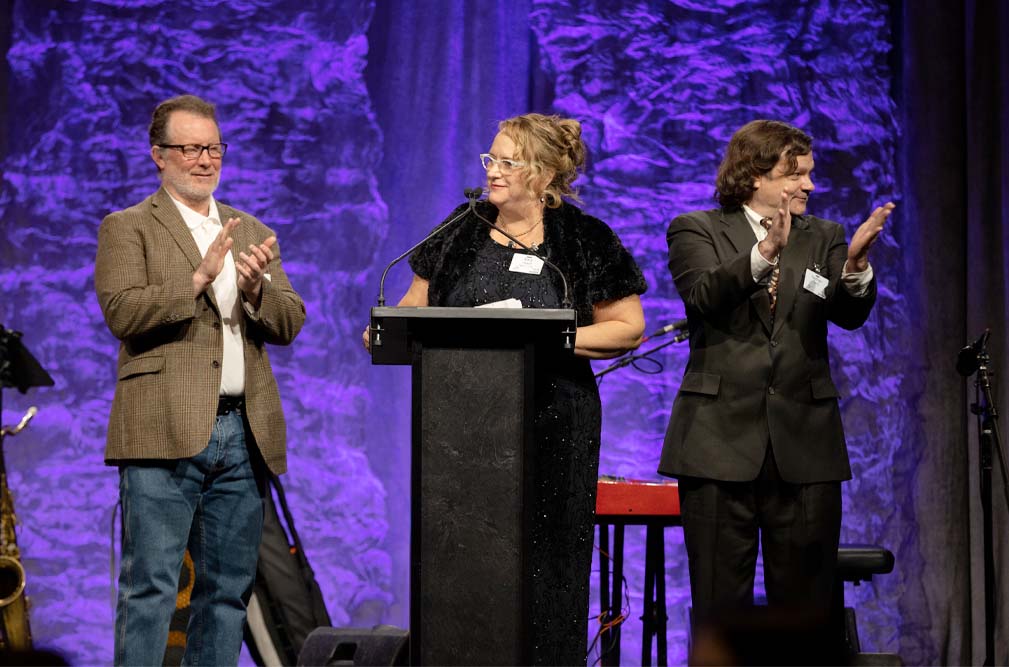 earlier this month, along with their family. The event raised nearly $700,000 for The Arc’s work to support people with intellectual and developmental disabilities (IDD).

The Hewitt-Perry family includes Nathan Perry, Brad’s brother, a person with disabilities; along with Jack and Amos, sons of Amy and Brad.

“The Arc has been there for us as a family,” Hewitt said, addressing several hundred attendees at the event. “We worry about Nathan and his future, and The Arc walked us through planning for that future. We’re happy that we have a roadmap for Amos and Jack in the event we are no longer here to support Nathan.”

Nathan also credited The Arc for helping him advocate for himself over more than two decades.

“It’s great being here,” he said. “Because of The Arc, I’m able to direct my own services and I have a say.”

Brad and Amy noted Nathan’s role as an uncle to Jack and Amos has been motivational for Nathan, and also opened their sons’ eyes to disability and social justice.

Andrea Zuber, chief executive officer of The Arc Minnesota, praised the family’s long track record of supporting inclusion for Nathan and all people with IDD.

“Not only has Amy spent her career advancing belonging and justice for people with disabilities, but her and Brad‘s family is a beautiful example of the type of family who has benefited from The Arc’s services and supports over the decades,” Zuber said. “The way that they have advocated for and supported Nathan to have a full life and true belonging exemplifies what we are striving to support all families to do.”