Produces a 56-minute (one-hour broadcast time slot) documentary on the work of Dr. Wolf Wolfensberger, an influential American academic and sometimes controversial leader in the reform of human services, particularly services to people with developmental disabilities. Through interviews with Dr. Wolfensberger and many of those he influenced beginning in the early 1970s, we will explore the Principle of Normalization, ideas that began the deinstitutionalization of people with disabilities, the concept of Social Role Valorization, citizen advocacy, and the history of services and perceptions of socially devalued people. Though Dr. Wolfensberger has had a long and distinguished career, this documentary will focus on his contributions of the 1960s and '70s, with particular emphasis on normalization. Phase 1 of this project occurred in October 2009 and include interviewing Wolf Wolfensberger and colleagues over four days in Syracuse, NY. Phase 2, to include additional interviews, research, script development, and production, is contingent upon funding. 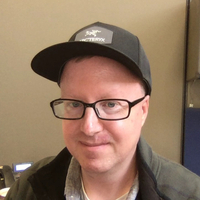